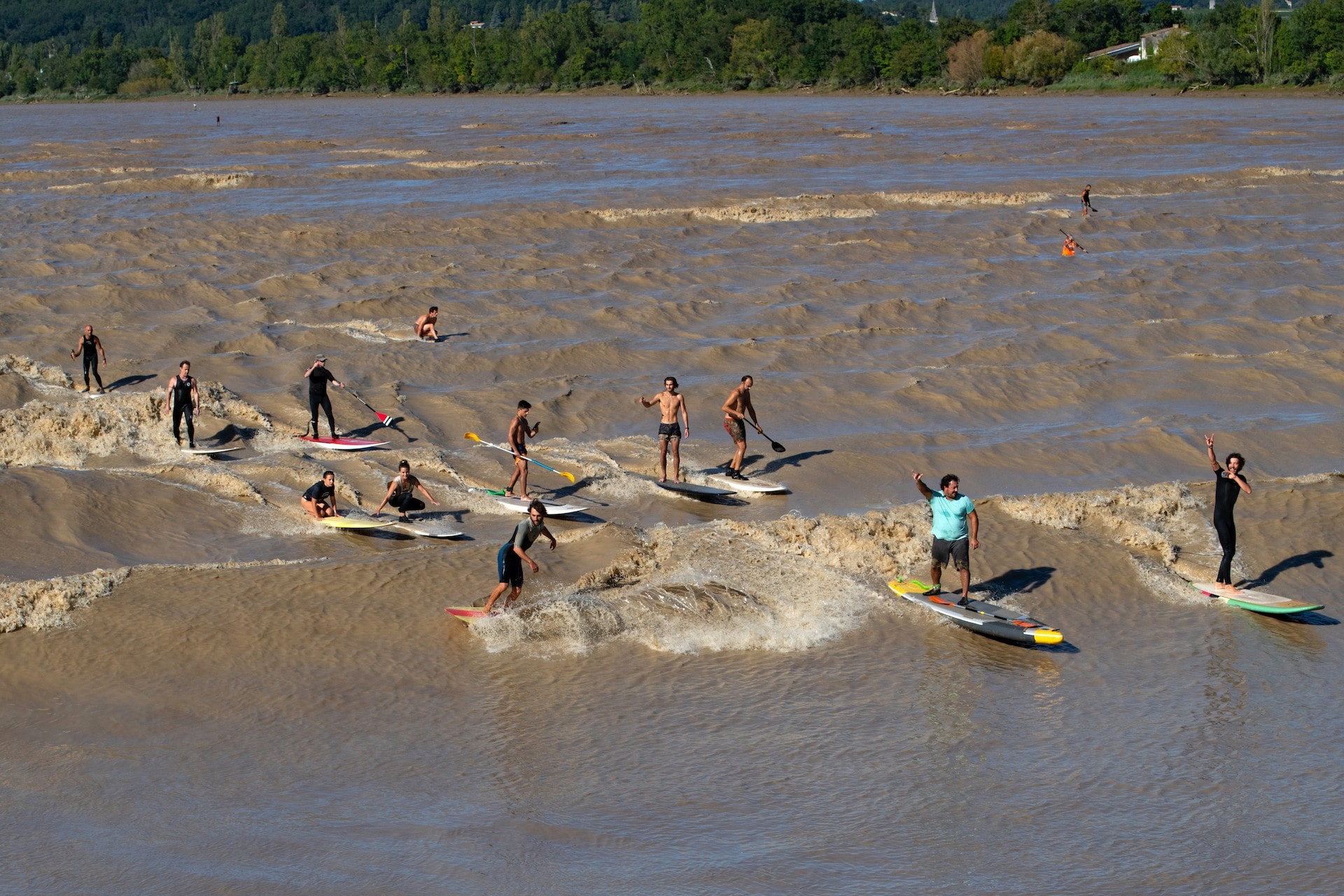 There is no shortage of surprises here in the Libournais region! Just when you think you’ve seen it all, here you can witness a wave that wouldn’t be out of place in the Atlantic rolling up the Dordogne. From your paddleboard or the riverbanks, you can marvel at this natural wonder: the tidal bore!

You’ve probably noticed by now that Gironde isn’t the only region in France boasting great surf spots! Surfers and boarders alike come from around the world to chase the tidal bore! This natural phenomenon is a must on any wave-riding bucket list: taking on the tidal bore is a once-in-a-lifetime achievement for fans of surfing, kayaking, paddleboarding, canoeing and even jet-skiing.

3 good reasons to surf the tidal bore in Libourne:

🌊A wave measuring over one metre tall

🏄No need to tire your arms out rowing for hours

😎Guaranteed gliding for over a dozen metres

Our tips for watching the tidal bore

📍 Head to Saint-Pardon Port in Vayres, which is one of the most popular spots for watching the tidal bore. Surfers and spectators alike gather in bigger crowds each year to spot the unique wave rolling through.

⏰As we said earlier, when it’s gone, it’s gone! So, make sure to double check the timings of the tidal bore to avoid missing out.

🌅The best time: the tidal bore is a stunning natural spectacle at any time, but in the morning it is particularly breathtaking, with the light of the rising sun combined with the tranquillity of the river.

🎉September is the best month for spotting the tidal bore, especially since it’s also the month of the River Festival, where the phenomenon is celebrated! For the occasion, you’ll encounter surfers in fancy dress and live music of all genres, coming together to enjoy lively and family-friendly festivities. 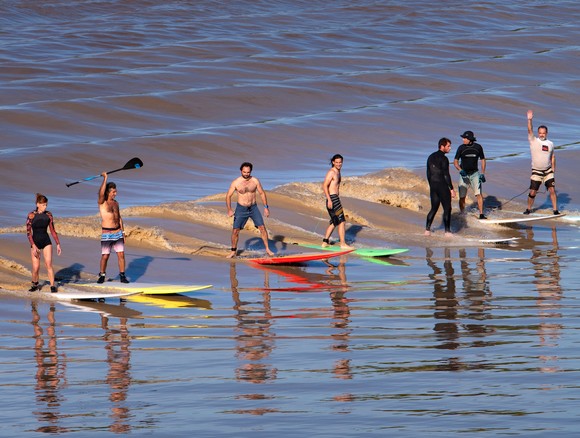 Getting your head around the phenomenon

So… What exactly is the tidal bore?
Directly linked to the tide’s coefficient, the tidal bore is a wave which forms when two opposite forces collide: the rising tide of the ocean, and the river’s outflow. A wave is created and pushed up the estuary: the tidal bore.

Can you see it with every tide?
Even if this phenomenon occurs twice each day, you can only see it (and surf it) around 50 times over the year (when the tide coefficient is above 90).

Why can’t you see it all the way along its trajectory?
The waves are formed by the bumps in the riverbed and the narrowing of the riverbanks. That’s why you can see the phenomenon more at certain points along the river, such as at Vayres.

The tidal bore: one wave or lots of waves?
It’s true that we refer to THE wave of the tidal bore but, in reality, it’s more of a series of waves that appears, as it’s a shockwave generated between two opposite currents.

When is the best time of year to see the tidal bore?
From June to October, when the water level lowers, leading to more visible waves.

Get in touch
#solibourne
No images found!
Try some other hashtag or username